SUMMARY
HOW TO REACH
VISIT
GALLERY

A Medieval Town Founded by a Powerful Signoria

Finalborgo is a “new” medieval town, founded in the last decades of the 12th century in the floodplain at the foot of Becchignolo Hill, where the Aquila and Pora creeks meet. Archaeological excavations conducted in the Law Courts Square (Italian: Piazza del Tribunale) brought back a number of ancient settlement strata and pre-existing squared-out stone masonry dating back to the end of the 10th century.

The foundation of this signorile [t.n.: English: government] power-town was part of the reorganization of the family estate carried out by Marquis Enrico II Del Carretto between the end of the 12th and the beginning of the 13th centuries.

The town was first mentioned in 1213 as the Burgus Finarii (Latin for “Capital Town of Finale”), and described as being surrounded by defence walls quite early on.

In 1359 the Del Carretto family founded the Dominican church and convent of Santa Caterina west of the town.

In 1372, about two centuries after the foundation of the settlement, the church of Saint Biagio was moved inside the town walls from the opposite bank of the Aquila Creek where it originally stood.

During the War of Finale (1447-1450) between Genoa and Marquis Galeotto Del Carretto, the town was bombed, besieged, and ultimately conquered in May 1450 by the Genoese, who then tore down its walls and houses.

A few months later, Giovanni I Del Carretto won back his feud and ordered the reconstruction of both Castel Gavone Castle and the town of Borgo del Finale. A new round of walls was built featuring three different town gates: Porta Carretta, Porta Testa and Porta Romana del Mulino [t.n.: in Italian porta means door]. The Law Courts was refurbished in 1462 as was the unusual octagonal bell tower of the church of Saint Biagio on the site of one of the pre-existing defence towers.

The Borgo was “the capital” of the marquisate, where the Marquises exercised their power and where the most prominent families of Finale resided. Several elegant mansion-cum-palaces were built in town during the 16th century, such as Ricci Palace in Via del Municipio street and Cavassola Palace in Via Gallesio Street.

The Porta Reale Town Gate was opened during the Spanish domination (1602-1713) to replace the pre-existing Porta Carretta Gate and Saint Biagio’s Basilica was reconstructed in the majestic Baroque style.

The town’s layout forms a network of orthogonally intersecting streets – a pattern that typically occurs in newly-founded medieval urbanisation. A number of thoroughfares opens out among the streets, like the medieval Piazza del Grano – now called Piazza Aicardi; Piazza delle Erbe – now called Piazza Garibaldi – or again Piazza del Tribunale (Italian: Law Courts Square) which was built once a group of terraced houses were torn down in the 18th century.

The Aycardi Theatre House was built during Napoleonic times (between 1804 and 1806). Nowadays, the Aicardi is the oldest 19th-century theatre left in Liguria.

Many of the town’s houses still have frescoed facades, so that Finale looks very much like a picture postcard.

After recent and extensive redevelopment, Finalborgo is now listed among the “Most Beautiful Villages in Italy”, with its lively, bustling old town centre.
As one of the main cultural hubs in Western Liguria, Santa Caterina Complex houses the Museo Archeologico del Finale; an auditorium; the “Oratorio dei Disciplinanti” Exhibition Centre and the Public Library.

To discover close to Finalborgo 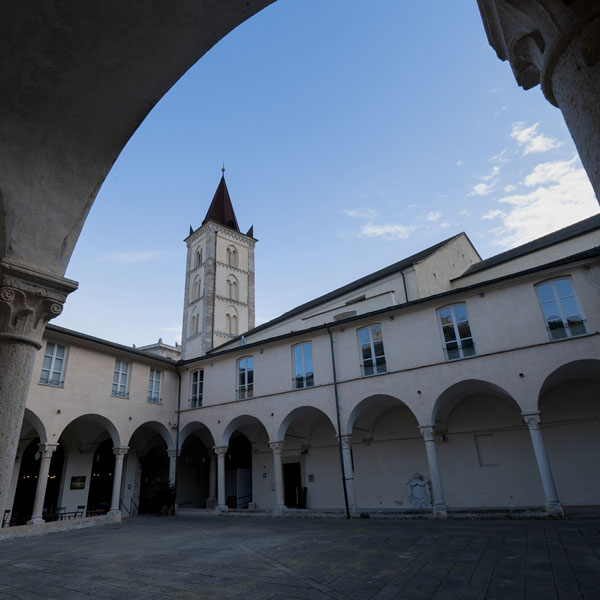 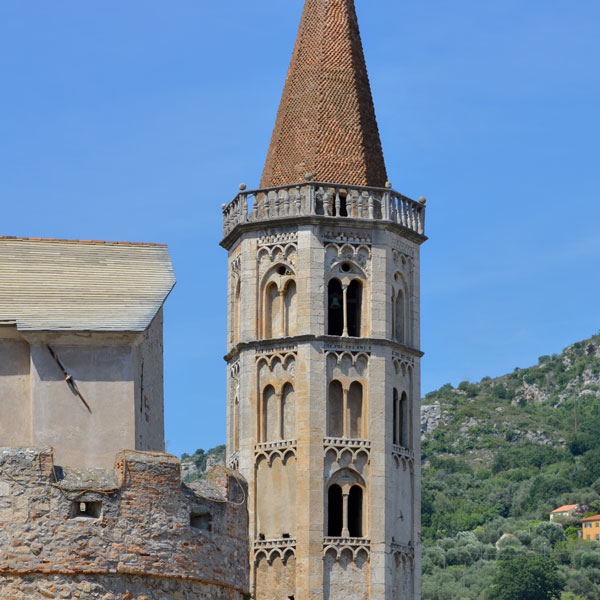 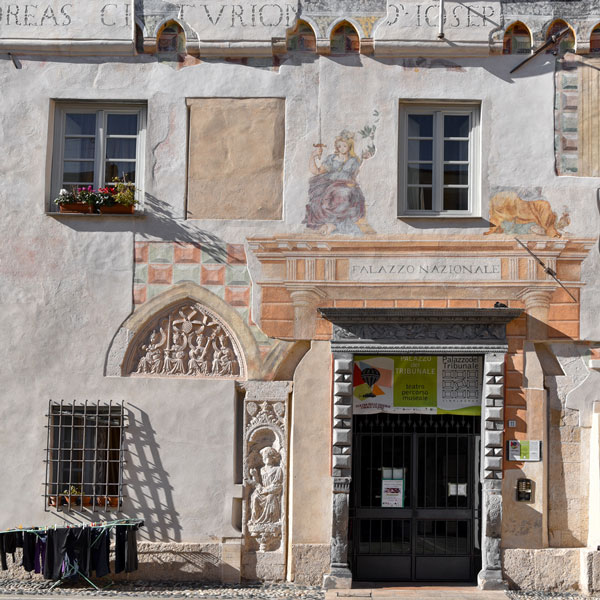 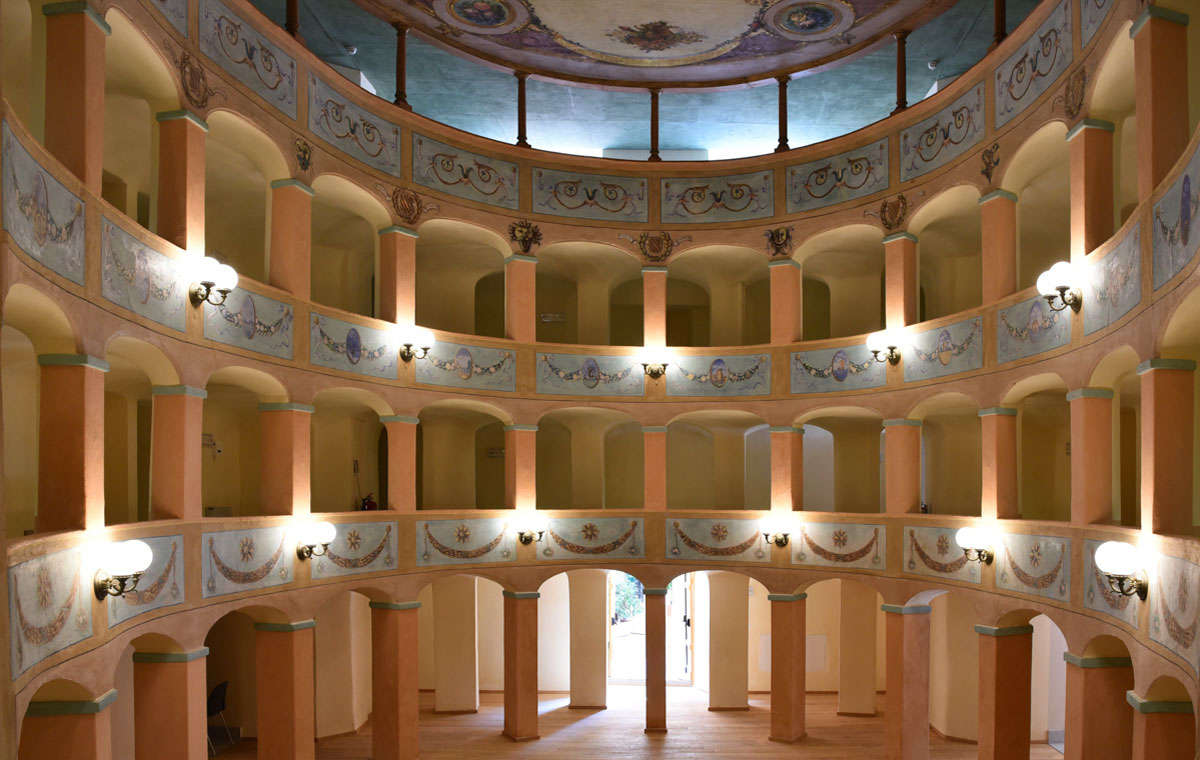 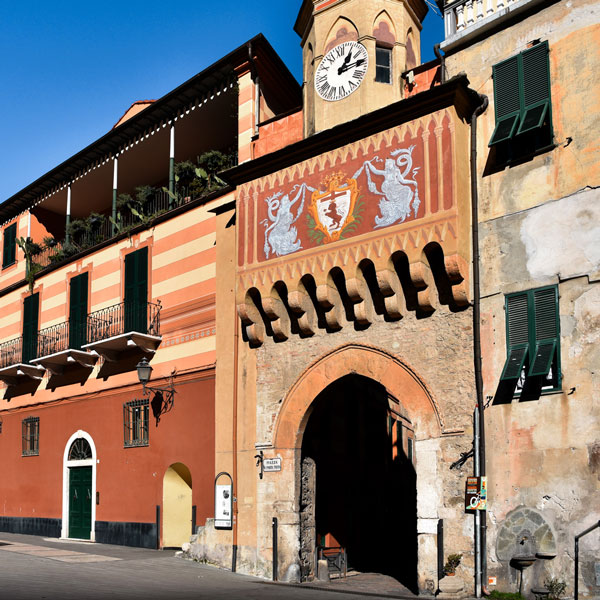 If travelling on the A10 motorway from Genoa, Turin or Milan, take the Feglino exit; from all other directions take the Finale Ligure exit. A regular bus service runs from the railway station in Finalmarina.

Feel free to use fact sheets and website of the Museo Archeologico del Finale to tour the town and its monuments.