Finale in the Twentieth Century: industry and tourism

The twentieth century was, also for Finale, a period of rapid social and economic transformations.
The opening of the railway between Savona and Ventimiglia in 1872 had put into crisis the centuries-old coastal navigation, on which the sea towns had based their economy and transport.

The ancient shipping yards didn’t know how to renew themselves and went into crisis. Therefore, the Town of Finalmarina decided to fund on its territory industrial activities that was able to guarantee work for the population.

In 1906 in the area of the Pora estuary a factory was built for the production of railway carriages, substituted in 1917 by the aeronautical industry of the Genoese Rinaldo Piaggio, destined to become the leader of the sector in Italy.
The twentieth century also marked the coming of tourism, destined to become a mass phenomenon.
The economic “boom” of the second post-war period brought also the construction of large apartment buildings, that occupied the spaces between the ancient historic centres that were once destined for gardens, orchards and vegetable gardens and thus radically transforming the ancient landscape. 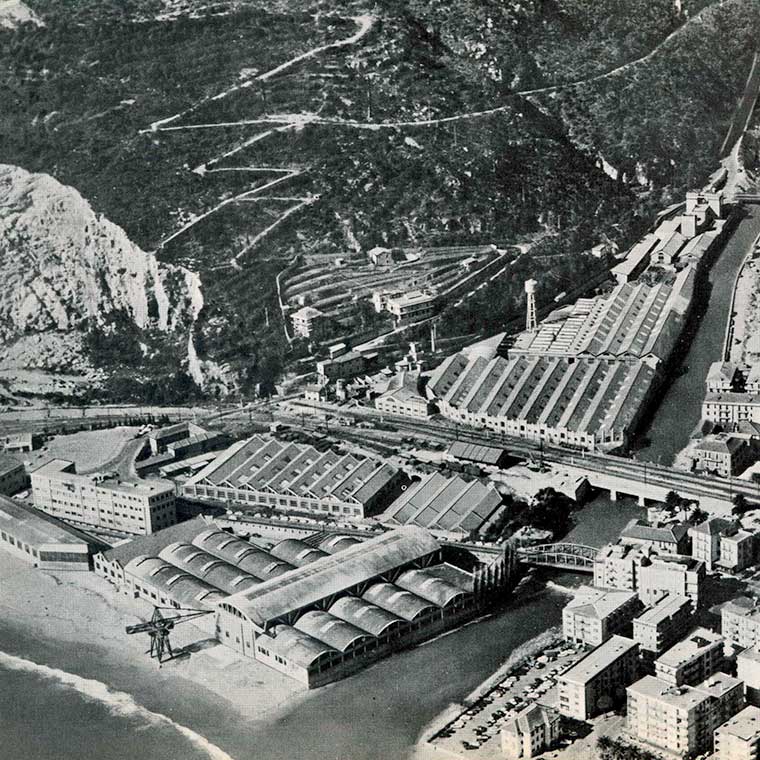