The Early Middle Ages were times of great social and economic change.  In 643 CE, an invasion led by Langobard King Rotari put an end to Byzantine rule over the coastal areas of Liguria, which folded like “a house of cards”.

A Burgundian document, known as the Pseudo-Fredegar Chronicle, explains how Varigotti was attacked and destroyed by King Rotari’s men, who then went on to tear down the town walls. A similar fate befell the main Ligurian coastal towns from Luni to Ventimiglia.

One of the finest examples of Langobard art in Liguria is an artifact from the church of San Lorenzo in Varigotti – this being a 4th-century CE Roman sarcophagus made of white Greek marble and decorated with typical, curvy S-shaped (or strigilated) motifs. Interestingly, during the second half of the 8th century, in the heat of the Langobard rule, unknown sculptors decorated the back of the sarcophagus with a lily cross motif placed inside a wicker circle. Although we do not known when or why the sarcophagus got to San Lorenzo’s church on the steep slope facing out onto the harbour roadstead, we do know that it comes from a Roman necropolis – possibly located in the Provence in southern France – and that it was probably meant for the burial of an important Langobard person from Varigotti.

Place names along the coast between Varigotti and Finalpia often originate from local features of early medieval times, as with the village names Selva (Italian: woodland or forest); Monte (Italian: mount or mountain); and Monda – the ancient “Almundia”, meaning land of free men. The nearby church of San Donato is dedicated to the bishop of Arezzo, who was much venerated by the Langobards.

The latter were quickly followed by the Franks, who conquered the town of Pavia in 754 CE. Under Frankish Rule, ties with the Mediterranean world grew weak and Liguria grew closer to the great empires of continental Europe. 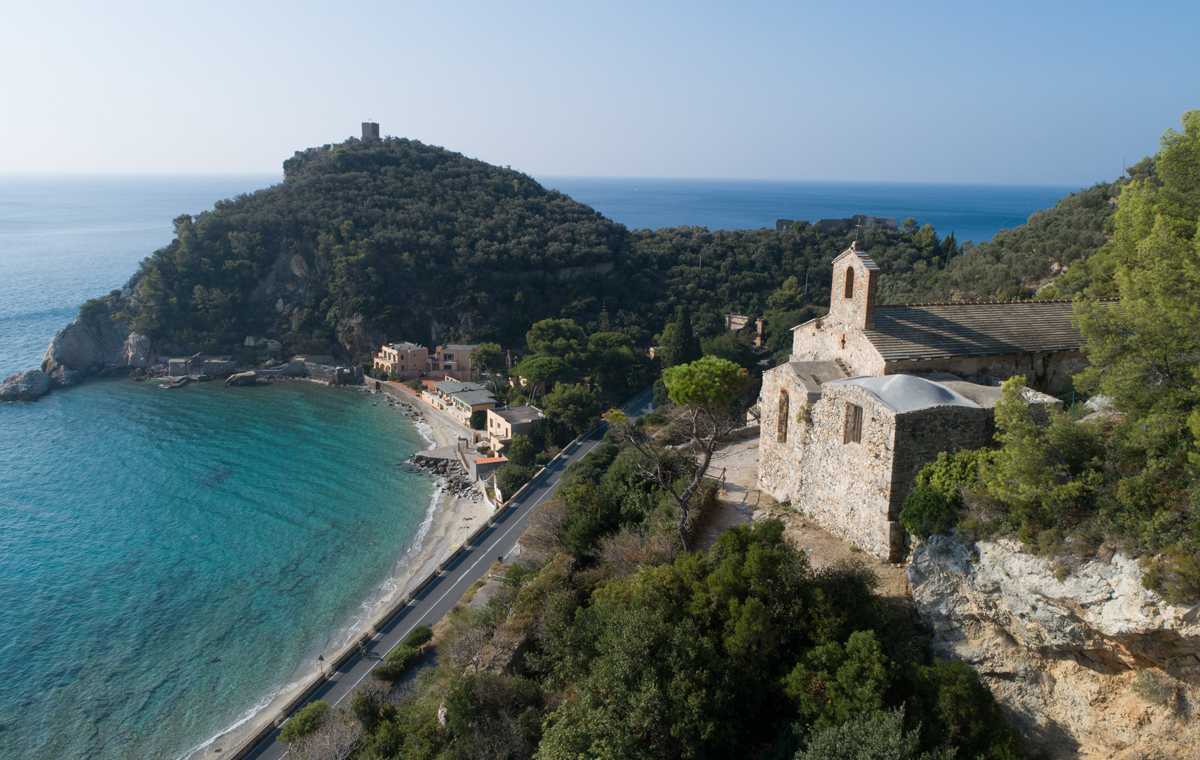