A fleeting tale: the heroic deeds of Byzantium

In 476 CE, over twelve centuries after the legendary foundation of Rome, the Western Roman Empire collapsed and Italy fell under Gothic rule.

The latter ended with the disastrous Greek-Gothic war (535-553), when the Byzantine Emperor Justinian I won the Italian peninsula back over to the Eastern Roman Empire.

However, new Germanic tribes from continental Europe were advancing, until finally, in 568 CE, the Langobards left Pannonia [t.n.: part of modern Hungary between the rivers Danube and Sava] and descended into north-eastern Italy through the Natisone River Valley in Friuli; quickly conquered the Po River Valley and moved south towards the peninsular parts of the country, leaving Maritima Italorum, i.e. modern-day Liguria, under Byzantine control – as proven by the many significant period specimens found in and around Finale.

Tucked away behind a headland that stretches out over the sea and guarded over by a hillfort, the harbour roadstead of Varigotti connected the area to the wider Mediterranean world, which was dominated by the maritime power of Byzantium.

In the inland, a 6th-century stronghold built atop the steep hill of Saint Antonino controlled the valleys leading to the coastline. The Byzantine fortress of Sant’Antonino was made up of a large multi-level tower with single-lancet windows and rectangular towers along the stockades.

Archaeological investigations carried out by the team at Museo Archeologico del Finale at Finalborgo show that much trading went on between the castrum of Saint Antonino and the Mediterranean world farther afield– as shown by findings of oil amphorae and other earthenware from Tunisia and wine amphorae from the eastern regions of the Empire. Bronze weights for money control, also found inside the fortress, testify to the circulation of gold coins and to a buzzing network of trade, as do findings of soapstone cooking pots from the Alpine regions.

In Liguria, Roman traditional social and economic organisation survived the fleeting Byzantine Times, until Liguria was finally conquered by the Langobards in 643 CE. 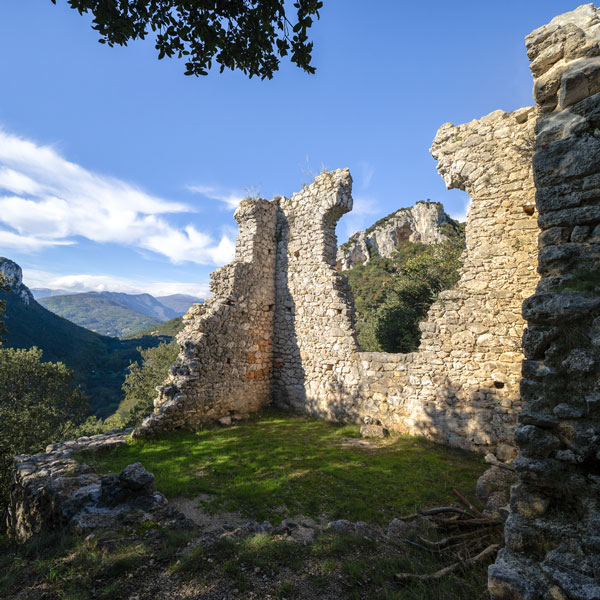