Nature and Man: creators of a cultural landscape

The landscape of Finale originates from the close relationship between the territory and man whose presence in this area of western Liguria is at least from 350.000 years ago: it’s an infinite time…

The MUDIF – Museo Diffuso del Finale wants to collect and transmit these aspects of a complex territory in which the visitor will find feelings and emotions linked to the presence of the “genius loci” that has always lived in it, making it alive.

MORE INFORMATION – The landscape of Finale

Finale is a territory that faces the sea, in which the coast is interrupted by a sequence of capes and promontories that fragment and interrupt the tall cliffs overhanging the coast: from east to west Capo Noli, the Varigotti promontory with Punta Crena, the capes of San Donato and Colombera, the Gòttero and to finish Caprazoppa, the ancient Cravazotta, that is the Goat pit, the mountain massif known as the Cape of Borgio with which Finale ends to the west.

The marine offshoot of the mountains introduce an inland landscape in which harsh mountain ridges are interrupted by narrow valley formations, defined by Finale Stone vertical walls, formed by the erosion of water from small torrents of the ancient platform, born from the sedimentations of the sea of the oligo-miocene age between 28 and 11 million years ago.

In the definition of the landscape of Finale the Finale stone plays an important role ad is an absolute protagonist, not only for its impressive natural environment, that also thanks to the superficial and deep karstic phenomena that characterise it, with the formation of sinkholes, grottos and caves.

To these visions linked to the “natural” environment correspond the use of the light to dark shades of Finale stone for building. In this way it accompanies the human presence on the territory and mixes with its events.

It’s a relationship that can be seen not only in large and prestigious monuments like castles and noble residences but also in those rural contexts made of ancient stone houses, in which the size reflects the necessities of who lived in them or in the widespread culture of dry stone technique with walls built to reach the top of the mountains in alternation to natural cliffs.

The peculiarities and great fascination of the landscape of Finale come from a tight interrelation between natural and anthropic aspects without it being possible to create a caesura in time and space. On the other hand, the territory is a huge archive that tells the events of man and its relationship with the natural environment that surrounds it. 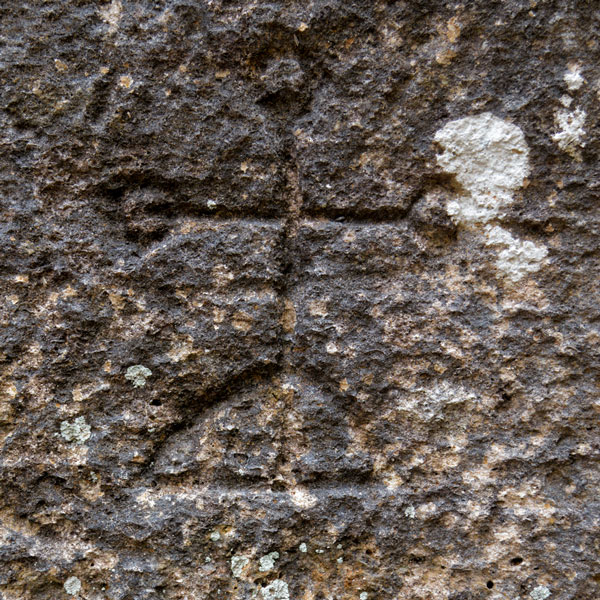 In the pass that precedes the top of Rocca di Perti, in proximity to what has been defined as the Acropolis, there is a small quarry of Finale stone that is called the “Crocetta quarry”. It was dug close to the Iron Age “castellaro” known as the “Village of the Souls” and to some suggestive Finale stone pinnacles that were formed by phenomena of karst erosion. 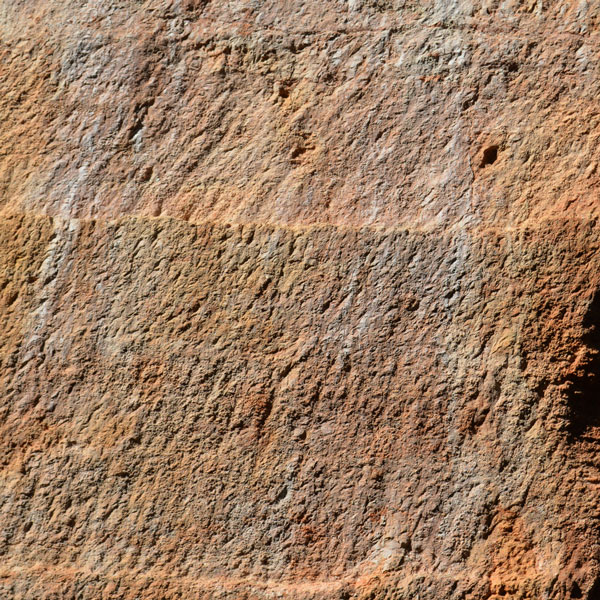 The old “quarry of the church” takes its name from the San Martino church that is close to it. It is set on top of the Verezzi ridge just beyond the Crosa village. 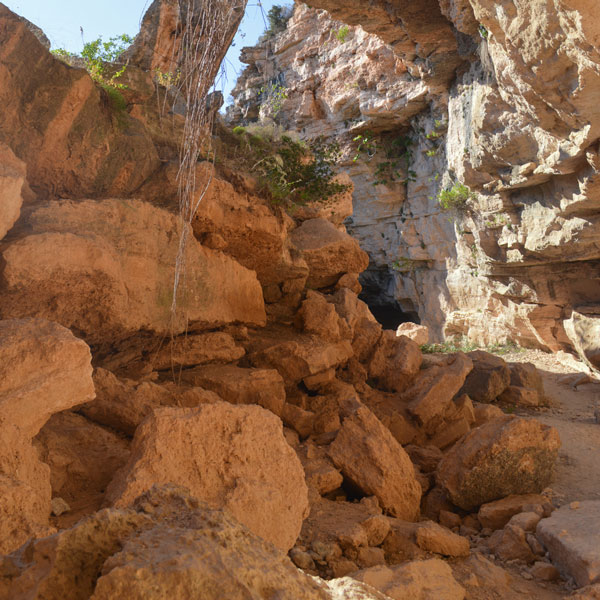 On the mountain range of Verezzi in a spectacular setting that is projected over the Ligurian Sea up to the Gallinara island and Capo Mele there is an ancient quarry of Verezzi stone known as the “old quarry”. It was surly active already in the 16th century when the reddish-brown stone was extracted by hand and destined to the prestigious aristocratic buildings in Genoa and in the feud of the Doria family in Loano. 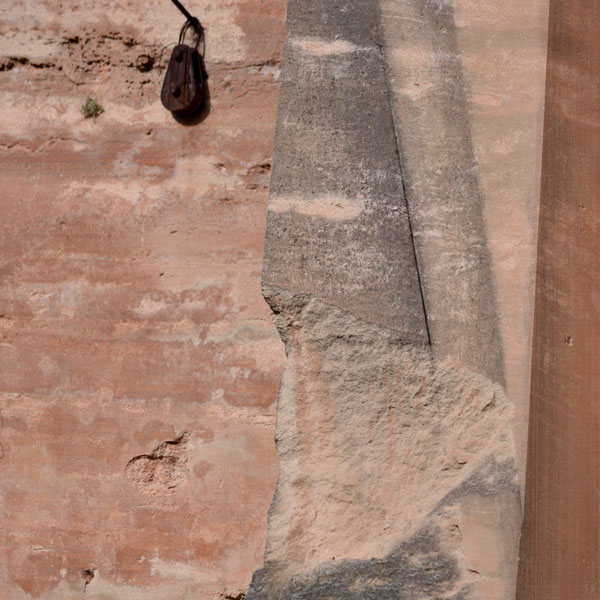 On the western slopes of the Caprazoppa ridge, in the territory of Verezzi, there are the impressive walls of the Colle quarry, from which the local prestigious red stone was extracted. 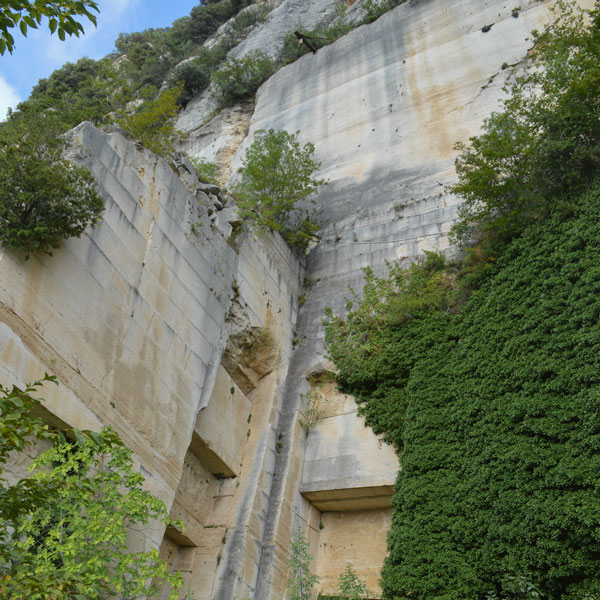 On the steep Bric Spaventaggi slope, on the eastern side of the Aquila valley, up the hillside a spectacular quarry opens from which a light-coloured variety, rich with fossils, of Finale stone was extracted. 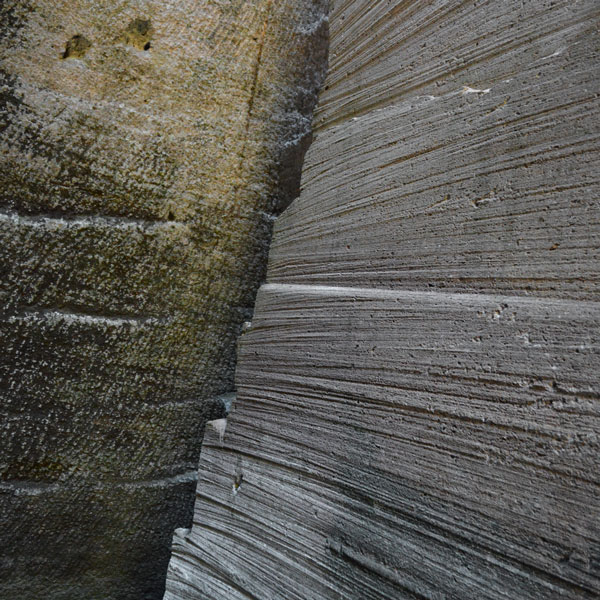 Following the path for Orco along the northern side in the final part of the small and narrow valley, just before the river Cornei meets the river Sciusa, one encounters some scenic quarries of light-coloured Finale stone that is typical of the area. 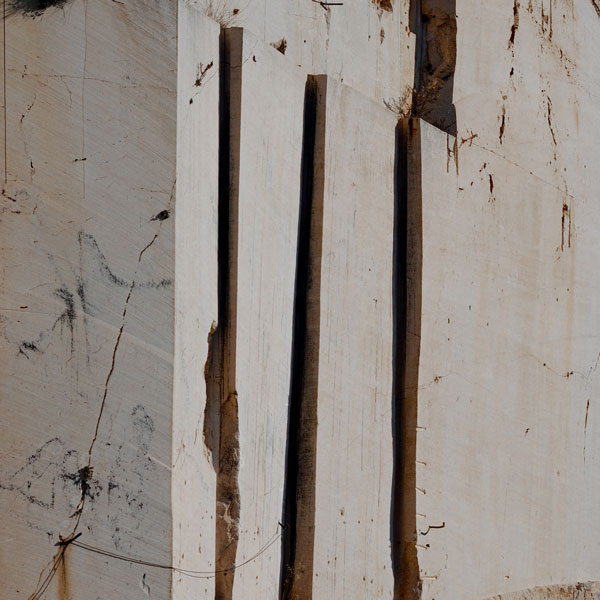 On the western side of Rocca di Perti, in a dominating position over the Pora valley, there are the tall walls of the Rocca di Perti quarry. One of the most prestigious types of pinkish coloured Finale stone was extracted from here. 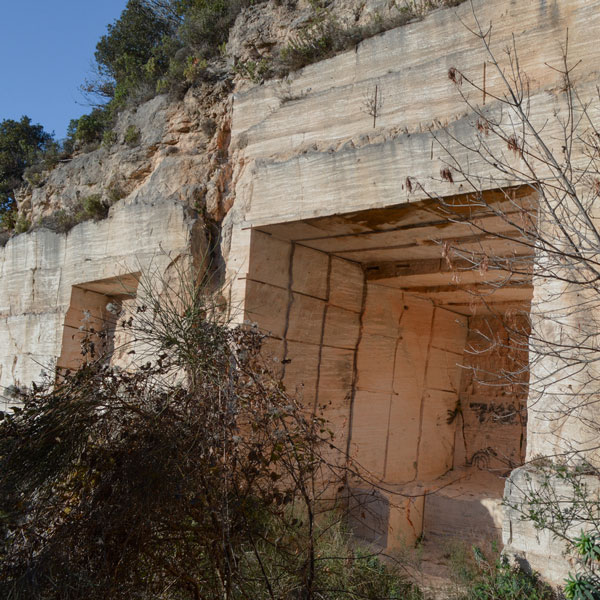 Going up the Perti valley one comes across the fossil valley of Pianmarino that faces a suggestive quarry of light-coloured Finale stone that opens on a slope of Bric Scimarco.