The dawn of an aristocratic rule: the advent of the House of Del Carretto

In Finale, the Middle Ages were closely linked to the Marquises Del Carretto – descendants of the legendary Aleramo, who, in the second half of the 10th century, held feudal powers over the large area stretching between Langhe in Piedmont and western Liguria.

A fractioning of the Aleramic March [t.n.: in Medieval Times, a march defined a political territory] following the demise of Bonifacio Del Vasto in 1125 ca., meant that a number of different marquisates were formed and ruled by his sons.

The Marquisate of Savona fell to Henry the Werth (i.e. The Worthy, also known as The One-Eyed), who served in the Crusades. As a faithful supporter of the Empire, Henry was invested with his father’s assets in Savona by Emperor Frederick I Barbarossa (Italian: Redbeard) in 1162

When Savona and Noli became free cities (or comuni) at the end of the 12th century, the focus of the Marquis’ power radiated from Finale, the Upper Bormida Valley and lower Piedmont, reaching as far as the Tanaro and Belbo River Valleys.

Henry II Del Carretto tightened his powerful grip over the area by founding the Borough of Finale, modern-day Finalborgo  in 1180, and the Borough of Millesimo in 1206. He also had the fortified manor house of Castel Gavone reconstructed and defended his property from the interference of such powerful comuni as Genoa on the Ligurian front and Alba and Asti in Piedmont.

Upon the demise of Giacomo Del Carretto in 1265, his possessions were, once again, split three ways among his sons – born of his marriage with Frederick II of Swabia’s illegitimate daughter – whence the terzieri (Italian: third parts) of Finale, Millesimo and Novello.

De facto, the Marquises Del Carretto were among the most powerful aristocracy of northern Italy to always serve the pro-Imperial Ghibelline party. Despite repeated skirmishes with Genoa, the family’s military power, an alliance with the Visconti and later with the Sforza families and a game of skilful diplomacy with their powerful neighbours, the Del Carrettos ruled Finale until 1602, when the last marquis, Sforza Andrea Del Carretto, died without heirs. 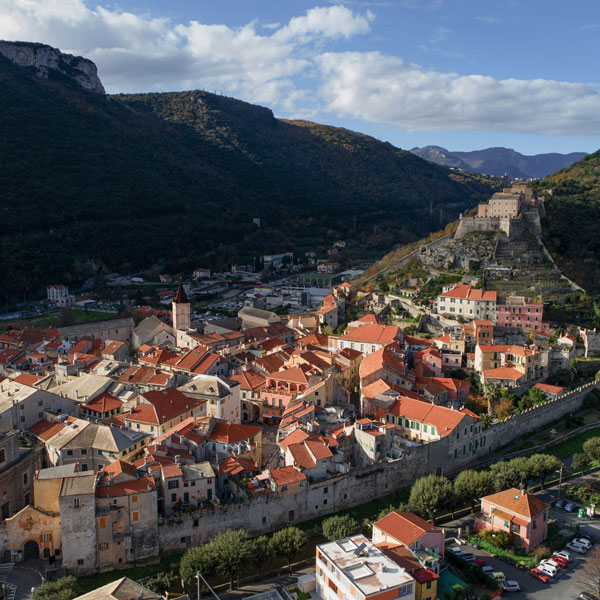 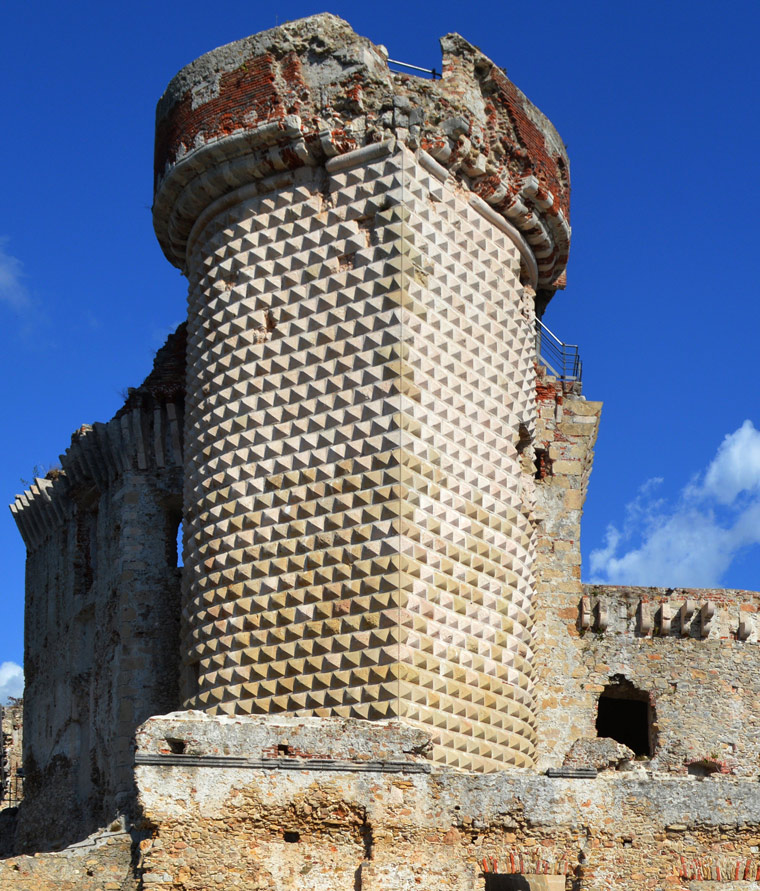 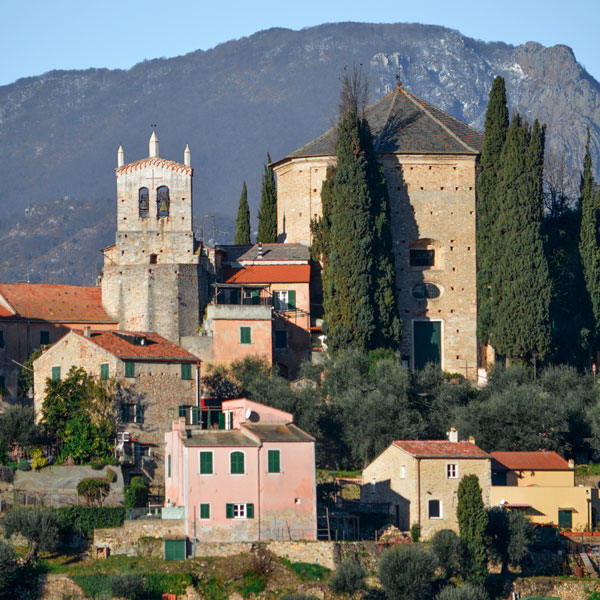 Apse and Bell Tower of the Church of Saint Eusebio in Perti.

Apse and Bell Tower of the Church of Saint Eusebio in Perti. 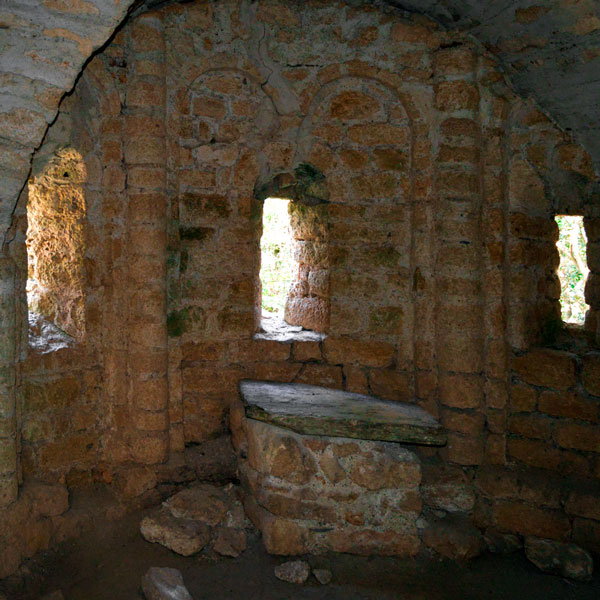 Church of Sant’Antonino of Perti

Church of Sant’Antonino of Perti 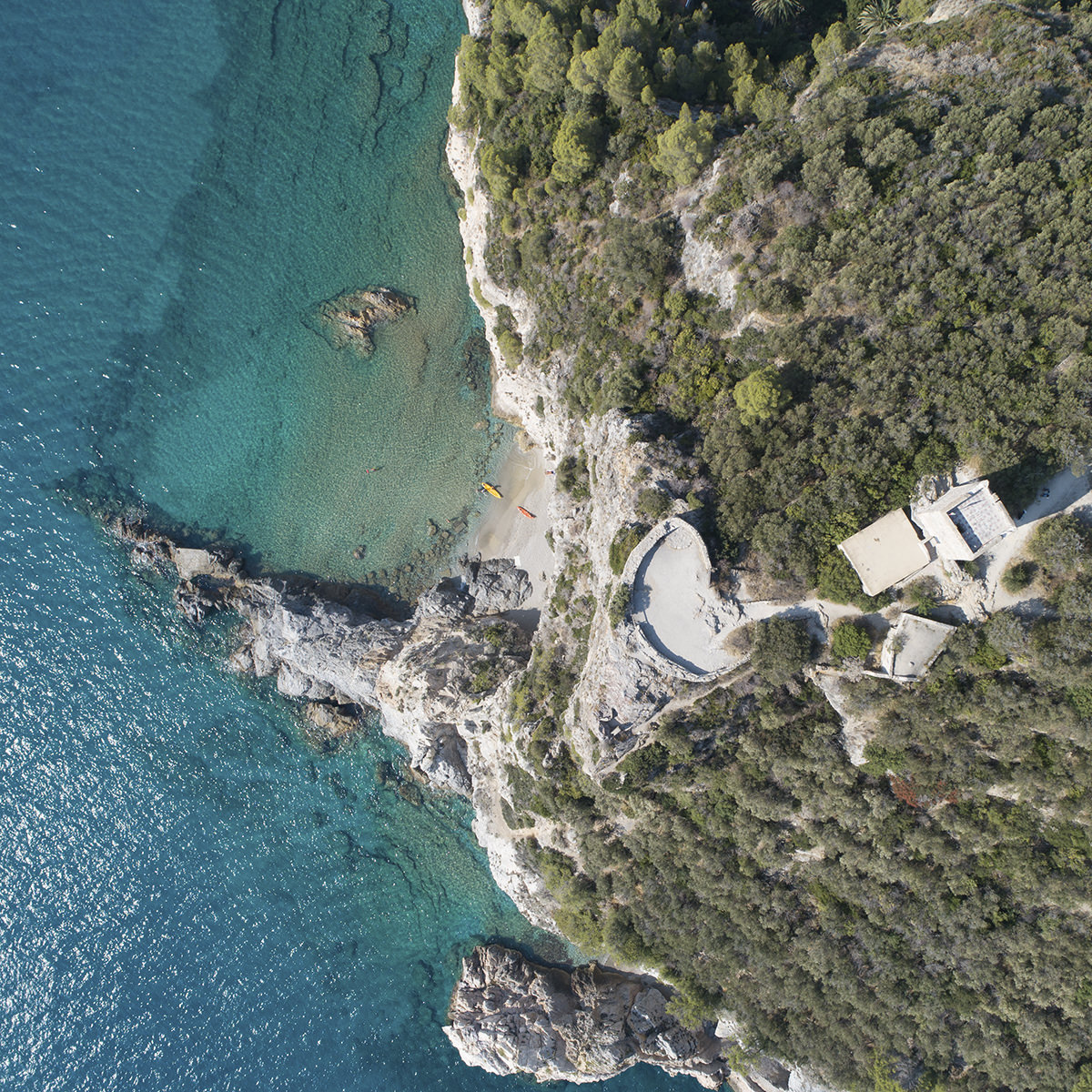